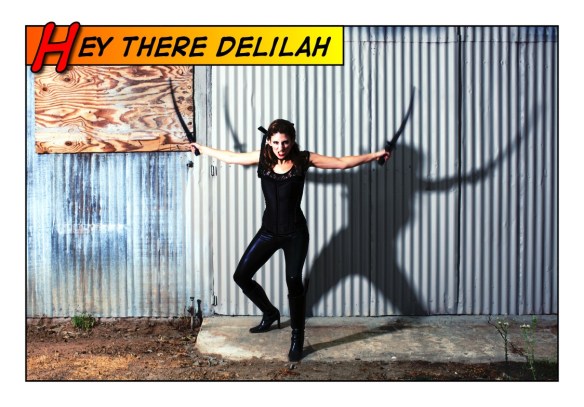 My birthday was on Saturday. I don’t even remember the last time it was on a Saturday. To celebrate I had a little last minute party which involved dancing, roasting s’mores, and a party necessity in my circle, Jäger shots.

Last year I thought I’d thank all you loyal HNG readers with a birthday Batgirl photo shoot. It was a ton of fun so I thought I’d make it a tradition. This year I debated what costume to use. I’ve been working on a prototype “HNG Superhero” costume for about 7 months and I finally figured out exactly what I wanted and completed the outfit.

Why the name Delilah? I honestly can’t give you one reason. I’ve always liked the name and I even named a pet mouse Delilah about 8 years ago. Also, I like the idea that a badass superhero chick would have a super girly name. But mostly, it came to me in my sleep. I had a dream about the character and everyone in the dream kept calling her Delilah. I started using the name to refer to the costume and it stuck. So there.

By the by, I have a lot of fun writing the little stories that go along with my pictures. So thank you for indulging me when it comes to them 🙂

What’s that? You want to win a signed copy of one of these pictures? Ok, fine. There’s a contest after the pics.

Hey there bitches, my name’s Delilah. 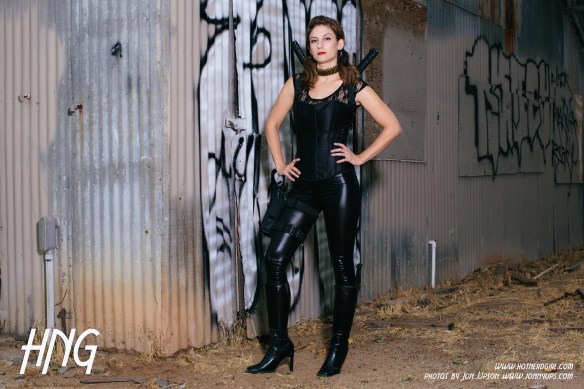 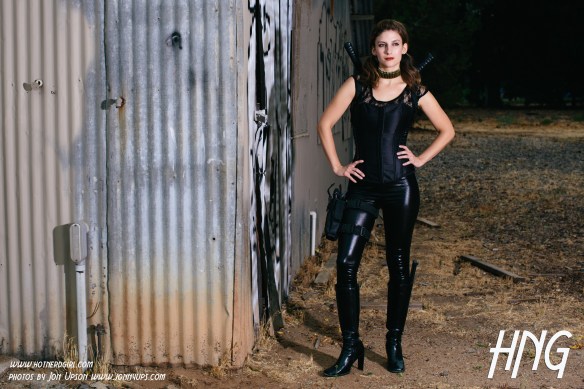 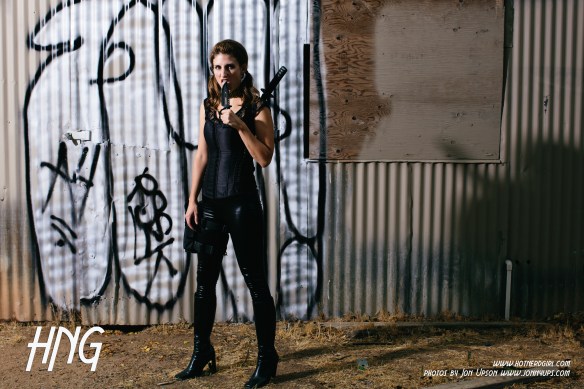 I patrol the streets at night looking for trouble. Or maybe the trouble comes looking for me. 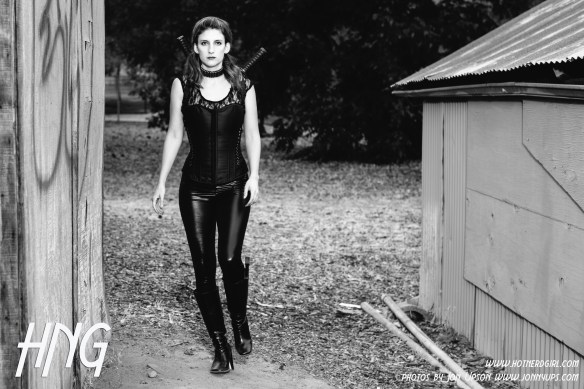 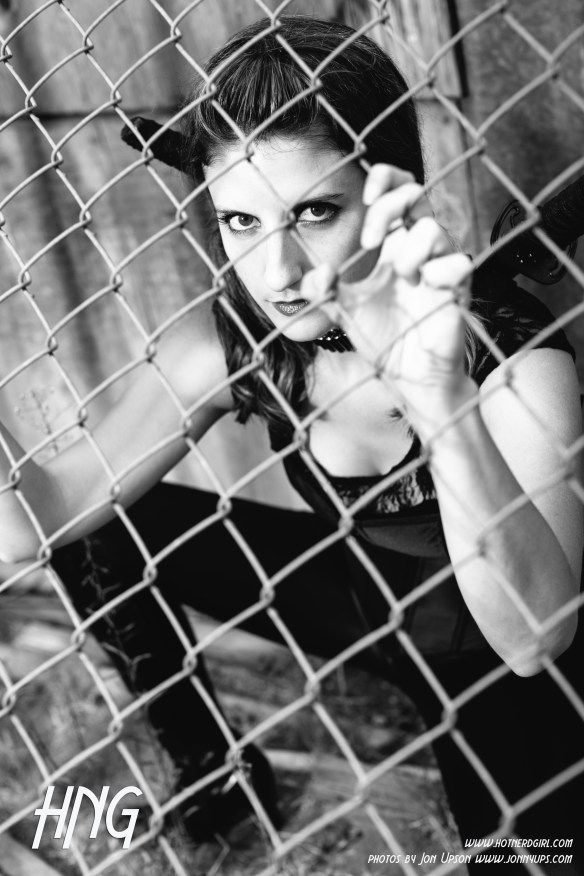 So I always have to be on my guard. 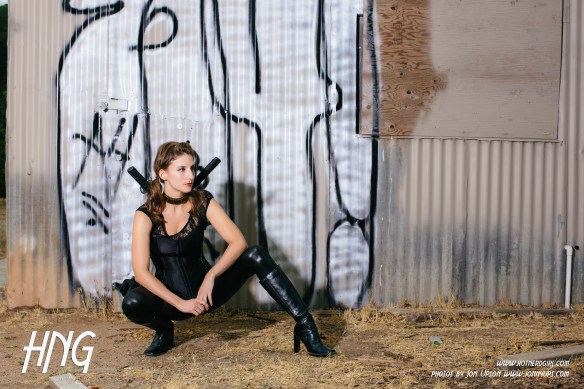 You never know what you’re going to find when you walk around a corner. 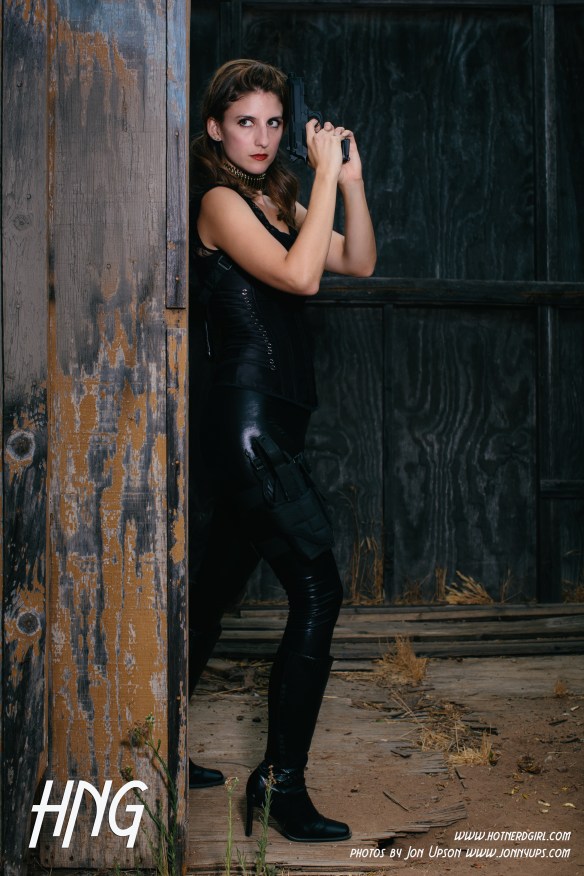 It’s best to be prepared. 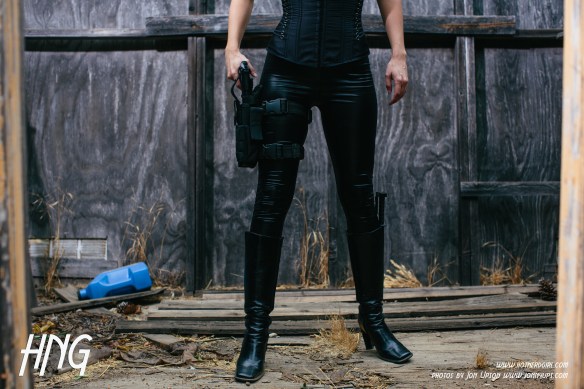 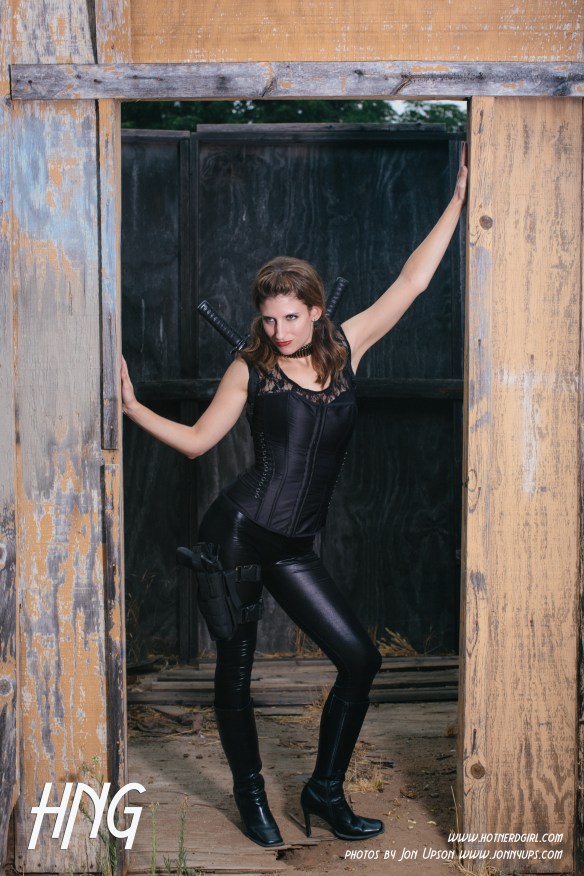 Did someone order awesome… 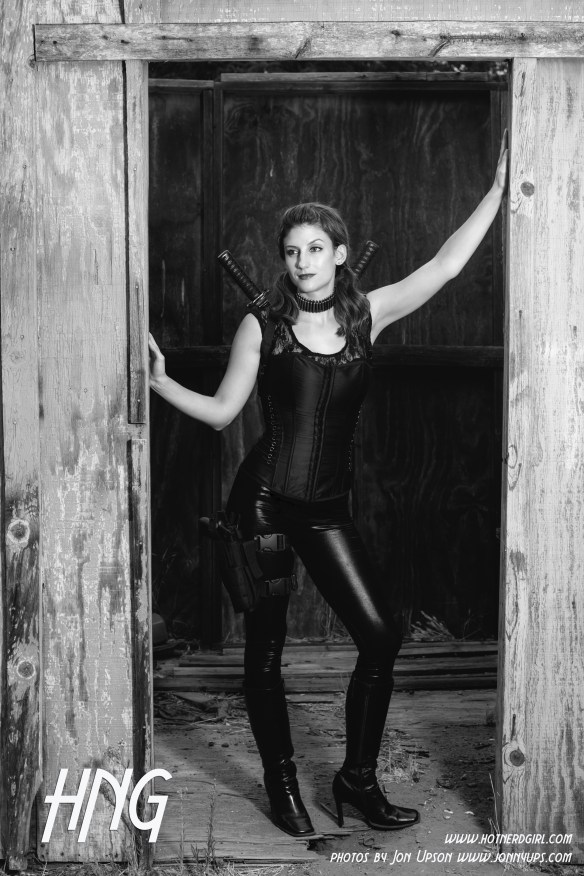 …with a side of whoop ass? 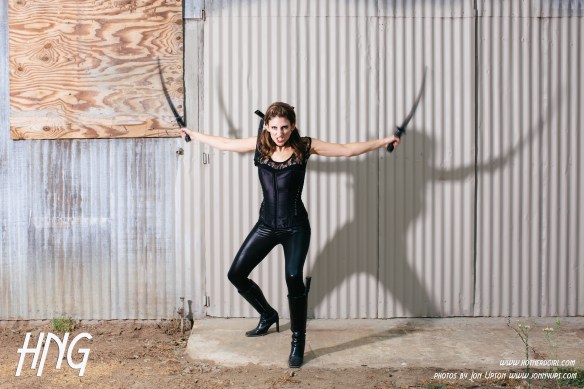 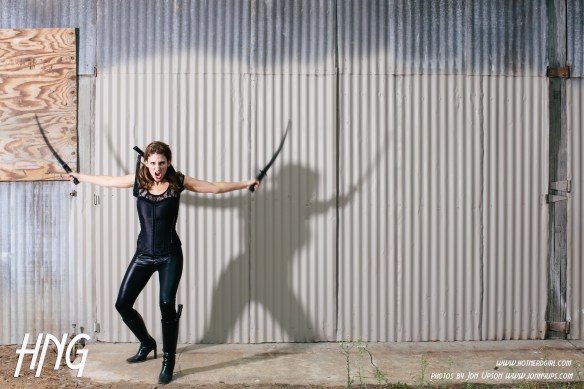 A true crime fighter never rests. But she can sit on a skanky old tire and take a breather for a minute, mmmkay? 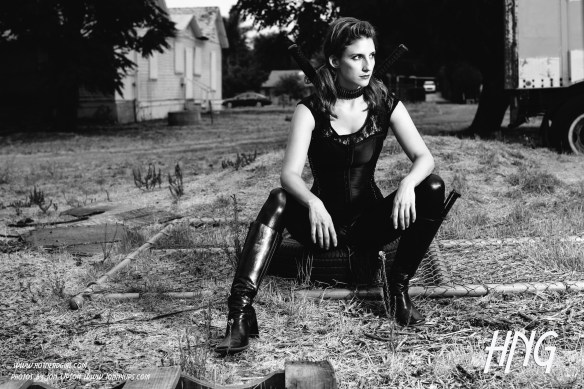 When the sun rises and dawn sheds her harsh light on this foul city it’s time for me to go home. 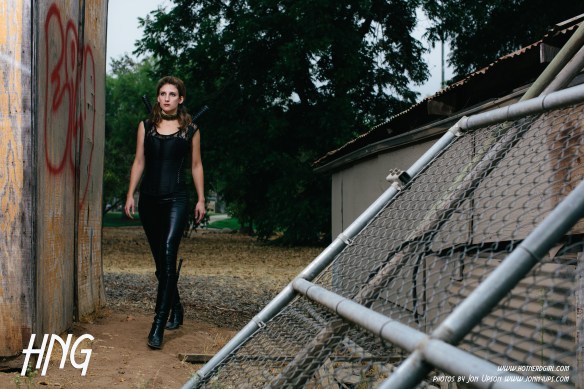 But never fear, Delilah will be back again tomorrow night, defending the streets against the scum and villainy. 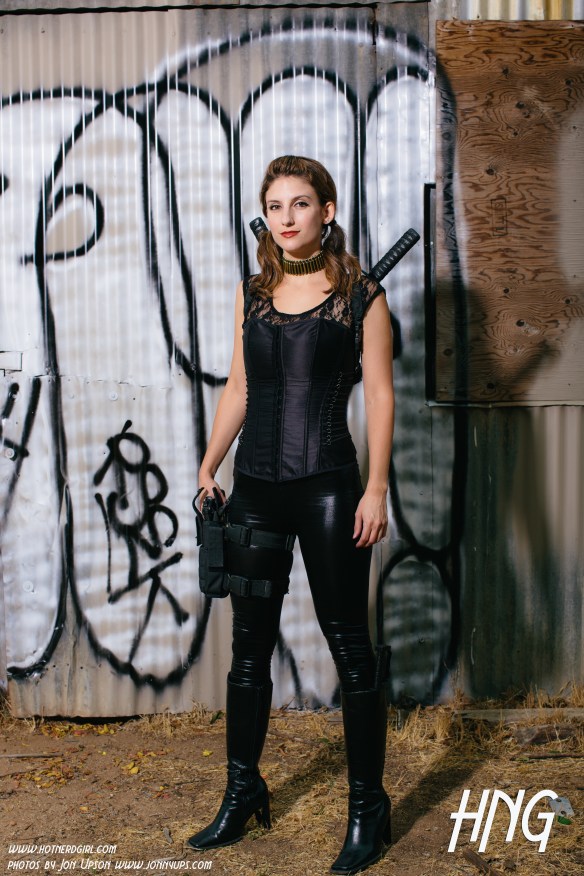 Many, many thanks to photographer extraordinaire Jon Upson for taking such amazing pictures and for sweet talking the lady cop who thought I was underage (ha!).  To Mama Jedi for helping out and also being mistaken for underage (ha!).  And to my friend Darcy for staying up past his bedtime on a school night to help me out and for all the constant support.

Now about that contest part…

Since the Babe Lincoln: Vampire Hunter contest was such a success, I decided to try it again. So if you want a chance to win a signed 8”x12” print from this photo shoot, leave a comment below by Friday, February 8th at midnight PST. I’ll pull five names out of a hat and contact you directly if you’re a winner!