Ok, so here’s the deal. I have these two friends, Gabe Diani and Etta Devine, and they are making a movie called Diani & Devine Meet the Apocalypse. They’ve done it before with The Selling which was brilliant and won rave reviews. They’ve got some big, highly nerd-worthy stars lined up to be in it (like Armin Shimerman, Barry Bostwick, Janet Varney, and Harry Groener).

They were even kind enough to invite me to film an “Apocatip” that was released this past Saturday. Check it out on YouTube HERE.

They have a Kickstarter campaign and only have a few days left to raise the rest of the money. I’ve been promoting it and all but it’s hard to get folks to part with their hard-earned money. So, I came up with an idea. I probably should have run it by them first but I’m a rather impulsive person at times so I figured I’d just do it.

They have some amazing perks for donating. Like, seriously amazing. You get A LOT for your donation. But I’m going to attempt to sweeten the pot a bit by giving away some HNG photos to all of you who donate to the cause (and it’s a really, really good cause).

If you donate at least $25, you’ll get all the awesome perks that they already including PLUS I’ll send you a signed HNG print of your choice from any of the past photo shoots. Choose from any of the photos at the following links: 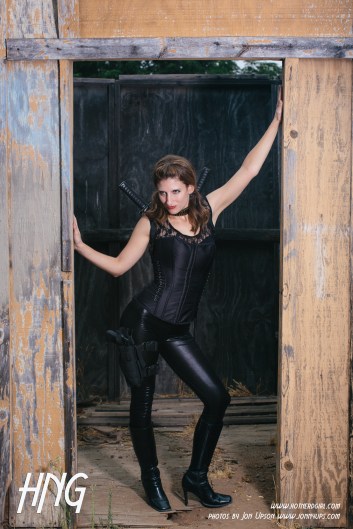 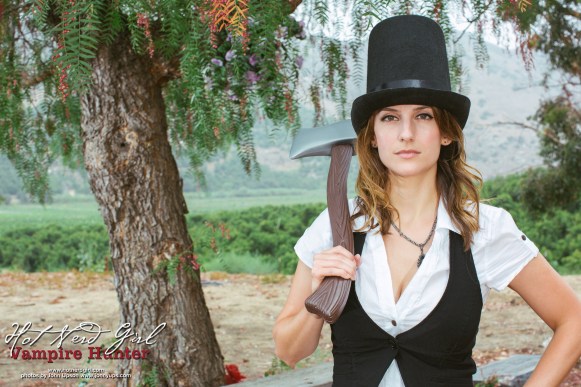 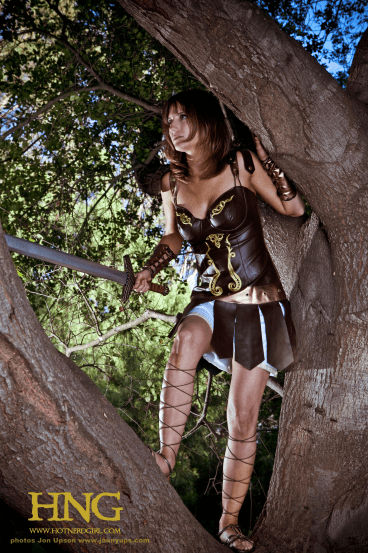 To claim your photo, all you have to do is go HERE and donate at least $25, then email me the receipt/confirmation of your donation, the photo you want, and your address to princesstrek@hotmail.com.

Please feel free to donate more than $25. For every $25 you donate I will send you another signed print of your choice 🙂

For more information go to: www.ddmta.com

It’s that time of year! Pre-order your 2014 HNG calendar. It’s got all the nerdy holidays and a 2014 convention calendar listing comic, sci-fi, anime, and horror conventions all over the world!

Welcome to another exciting edition of the HNG podcast! I think this is number 8, but who’s counting? Certainly not me. In this ‘cast Darcy and I are thrilled to welcome guests Gabriel Diani & Etta Devine, the comedy duo behind The Selling, The Adventures of Huckleberry Finn [Robotic Edition], and the upcoming apocalypse comedy (apocedy?) Diani & Devine Meet the Apocalypse.

We discuss the various apocalypse genres (zombie, nuclear, viral, natural, alien, etc) and some of our favorite movies, TV shows, and books within those sub-genres.

Gabe & Etta are raising money for the movie via a Kickstarter campaign and there are some fantastic perks for even small donations. They’ve also created some hilarious videos and 30-60 second “Apocatips” for you to enjoy, including one that I did that will be released soon!

For more information, go to www.ddmta.com!

Personally, I think that this is the funniest podcast yet so a HUGE thanks to Gabe and Etta for joining us and be sure to listen to the podcast here: