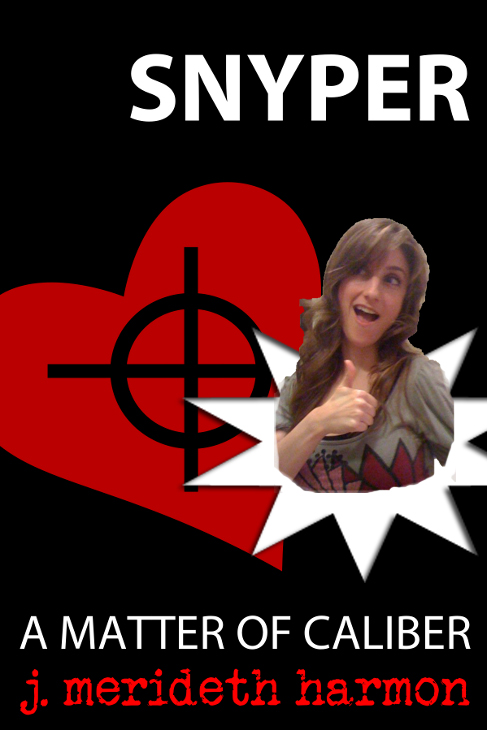 What would happen if the Greek gods of Olympus were real and lived among us? What would they do with themselves? Would they have jobs? Would they be destructive or productive members of society? What if there were other mystical creatures that walked among us? Beautiful women who burst forth from trees fully grown, three-headed puppies, immortal ex-wives… 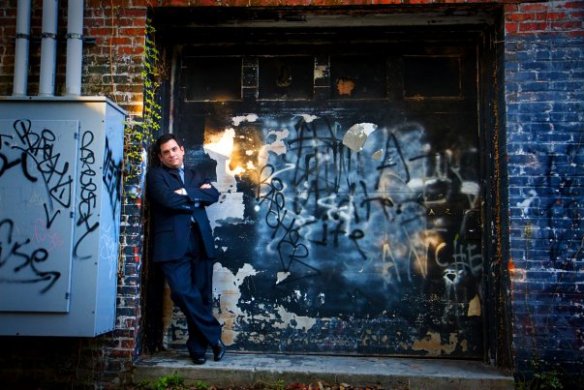 Harmon hanging out in Phil’s neighborhood

Such is the world created by  first-time author J. Meredith Harmon in Snyper: A Matter of Caliber, the first in a planned seven part book series. Our protagonist is Phil Bowman (a rimshot-worthy moniker if there ever was one) aka Eros aka the god of love. After playing a role in one of the most defining moments of American history, we find Phil retired from shooting people (both for love and to death) and working as a Private Investigator in New York. He’s divorced and bitter and his life is spiraling out of control. He has no idea why and no idea how to stop it despite his best misguided efforts. 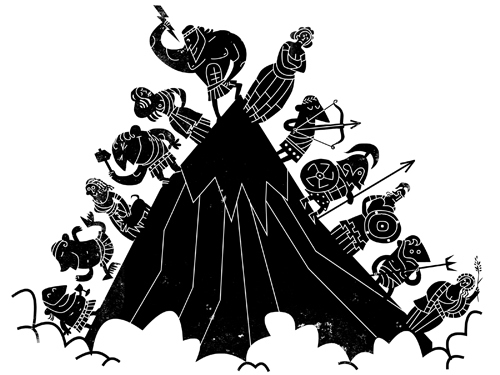 The gods and goddesses deserve their own reality show. “The Real Housewives of Olympus” or “Days of Our Immortal Lives.” The amount of scheming and backstabbing that goes on is impressive, especially given the fact that they are all related to each other in more ways than one (limited dating pool and all). It’s a twisted and complicated family tree that deserves a chart like this to keep it all straight. Every one of them has a love-hate relationship with everyone else and yet, they are family and those roots run deep.

We hear about but never see Zeus, Hades, or Apollo.  I think that Harmon is saving them for later. In fact, aside from Phil and Heracles, we mostly see the goddesses and female chthonics like Persephone, Hecate, Demeter, Athena and Aphrodite. Phil seems to surround himself with the fairer sex, for good and for bad. Whether that’s consciously or unconsciously on his part, I’m not sure, but it makes sense because he’s a bit of a scoundrel and the women in his life can’t help but want to save him. He’s a bit like Malcolm Reynolds in that way. 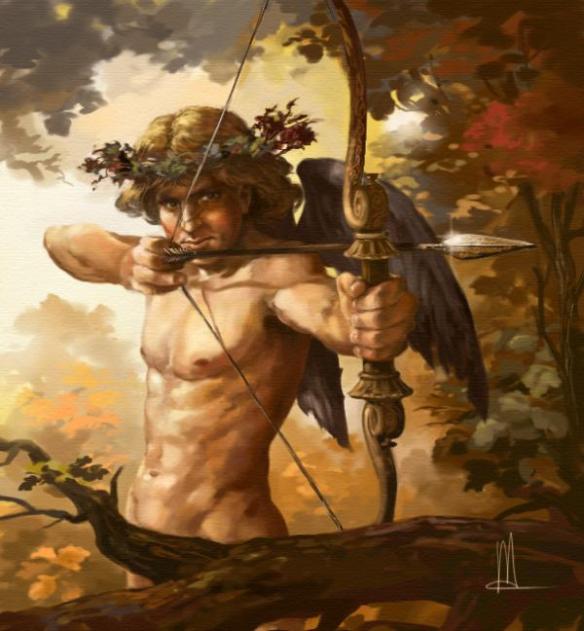 Eros before life knocked him down a few pegs

There are plenty of nods to nerdom, mostly from Phil’s nymph secretary, Ashley, and his nutty Aunt Minnie aka the goddess Athena. They include references to Stargate, Doctor Who, Harry Potter, Avatar, Firefly, Watchmen, Star Wars, Underworld, Battlestar Galactica, Buffy the Vampire Slayer, Angel, Veronica Mars, 300, Clash of the Titans, Hercules, Xena: Warrior Princess, Charmed, and even one snide comment about Twilight. Even her nickname, Ash, makes me think of the Evil Dead films. I would be lying if I said that I didn’t identify with Ashley. Aside from the obvious nerdiness, we share a quirky sense of humor, a naïve innocence, and an inner strength that is slowly but surely making us braver about venturing out into the real world. 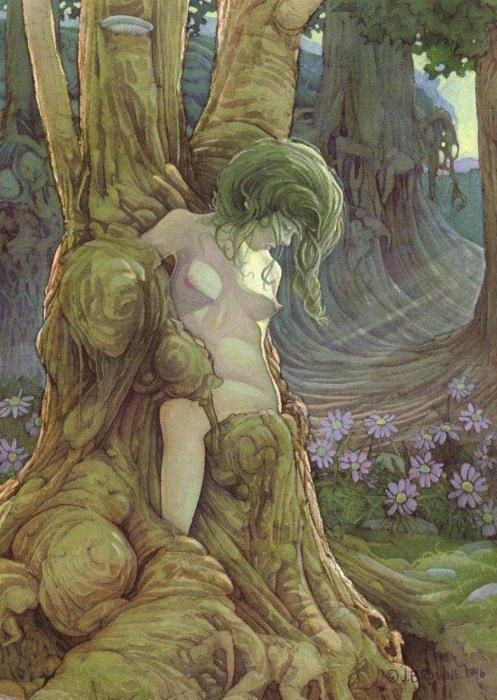 The lovely part about Snyper is how seamlessly Harmon weaves the multiple storylines, much like one of Aunt Minnie’s Arnold’s cat map tapestries. No one is exactly who they seem to be and some will downright surprise you. It’s quite impressive for a first time author.

Reading Snyper, you almost believe that magic is real; that the woman sitting next to you on the bus might be Athena and you would be none the wiser. It’s an intriguing thought and Harmon manages to bring it to life in exciting and innovative ways.

When Charon pulls up the decking to reveal that his ferry is secretly motorized.

The nymphs posing for Phil like Playboy pin ups and trying not to be obvious about it but failing spectacularly.

Ash running from Hecate because she thinks that the chthonic goddess is a vampire. 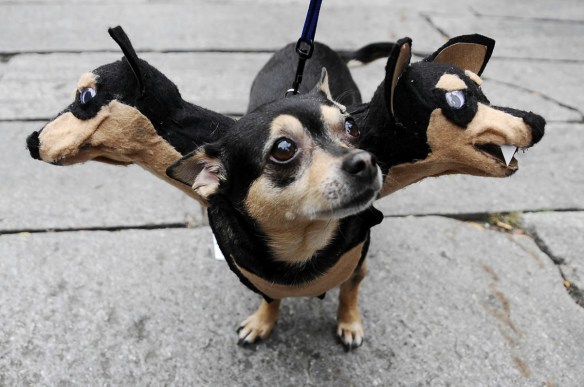 Who wouldn’t want a three-headed puppy?!

There are some truly gut-wrenching moments as well but I can’t reveal them without giving too much away.

Harmon came up with the concept of this book 22 years ago, spent four years fleshing it out, and only recently set it loose upon the world. It’s definitely worth the read, especially if you’re into mythology, which I am. It’s fun to see the gods and goddesses fleshed out and immensely imperfect despite the control they wield over all our lives. I highly recommend it and I eagerly anticipate the sequels. 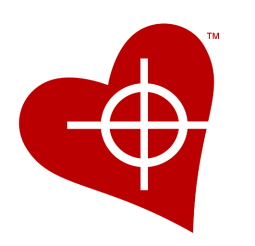