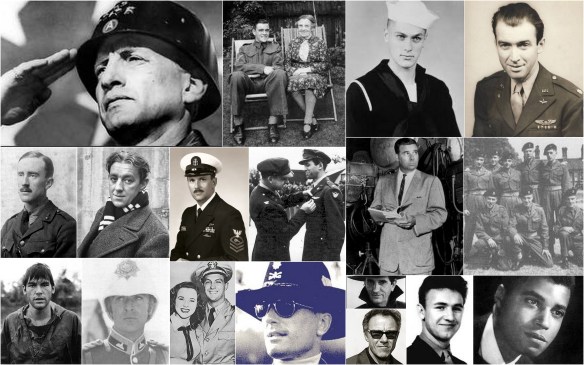 Can you identify all of these people?

In my family Veterans Day is the most important day of the year, revered more than Halloween, Thanksgiving or Christmas.  Whereas Memorial Day is marked by a certain degree of sadness, Veterans Day is about celebration.  It’s about giving thanks to those among us who have answered the calling to serve their country.  I often mention my military pedigree and that’s because it’s what I’m most proud of.  Coming from a military family is not easy.  Telling your 5 year old that Dad isn’t going to be home for your birthday or for Christmas is heartbreaking.  My Dad missed out on a lot when my brother and I were growing up but we appreciated him so much when he was home.  Now that he’s retired I look back and remember those years with a great deal of pride, both in my father and our family unit.

For Veterans Day I thought it would be fun to look back at the military careers of some of the people who have contributed to the world of science fiction and fantasy.  I’ve got Veterans Day plans so most of the text is copied from Wikipedia and other websites.  Whenever possible I used pictures from their actual time in service.

If you’re going out today and you see a Vet, take a second to thank them.  They’ll probably get embarrassed but do it anyway, they need to feel the love sometimes. 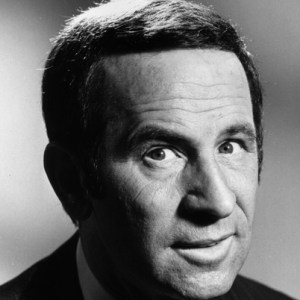 Adams enlisted in the United States Marine Corps in 1941 together with his twin-brother cousins, William and Robert Karvelas. The three were assigned to the Third Marines in Samoa until Adams was sent as a replacement to the Battle of Guadalcanal, where he was the only survivor of his platoon. His survival, despite his company’s near 90% fatality rate, was due to his contracting blackwater fever early in the campaign. He was evacuated and spent over a year in a Navy hospital in Wellington, New Zealand. After his recovery, he served as a Marine drill instructor in the United States. 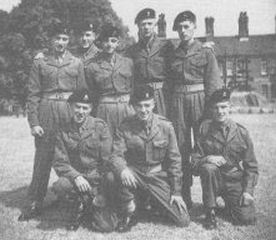 From 1952, when he was called up to do his National Service, until 1954, he served in the British Army’s Royal Fusiliers, first at the BAOR HQ in Iserlohn, Germany and then on active service during the Korean War. 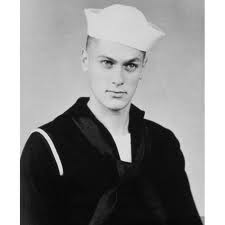 Curtis enlisted in the United States Navy after the attack on Pearl Harbor and war was declared. After being inspired by Cary Grant’s role in Destination Tokyo and Tyrone Power in Crash Dive (1943), he joined the Pacific submarine force. Curtis served aboard a submarine tender, the USS Proteus until the end of the Second World War. On September 2, 1945, Curtis witnessed the Japanese surrender in Tokyo Bay from his ship’s signal bridge about a mile away. 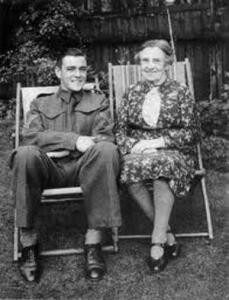 At the beginning of the Second World War, Doohan joined the Royal Canadian Artillery. He was commissioned a lieutenant in the 13th Field Artillery Regiment of the 3rd Canadian Infantry Division. Doohan went to England in 1940 for training. His first combat was the invasion of Normandy at Juno Beach on D-Day. Shooting two snipers, Doohan led his men to higher ground through a field of anti-tank mines, where they took defensive positions for the night. Crossing between command posts at 11:30 that night, Doohan was hit by six rounds fired from a Bren gun by a nervous Canadian sentry: four in his leg, one in the chest, and one through his right middle finger. The bullet to his chest was stopped by a silver cigarette case. His right middle finger had to be amputated, something he would conceal during his career as an actor. 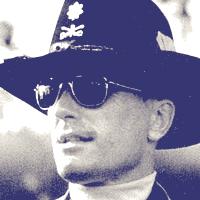 Duvall was born in San Diego, California, the son of Mildred Virginia (née Hart), an amateur actress and relative of American Civil War General Robert E. Lee, and William Howard Duvall, a Virginia-born U.S. Navy admiral.  Duvall grew up in a military family, moving frequently from military base to military base, living for a time in Annapolis, Maryland, near the United States Naval Academy.  He served in the United States Army from 19 August 1953 to 20 August 1954, leaving as Private First Class. He was stationed at Camp Gordon (now known as Fort Gordon) in Georgia. 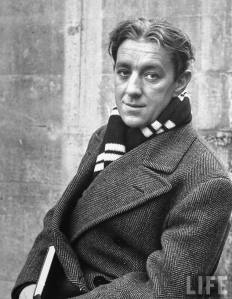 Guinness served in the Royal Navy Volunteer Reserve in World War II, serving first as a seaman in 1941 and being commissioned the following year. He commanded a landing craft taking part in the invasion of Sicily and Elba and later ferried supplies to the Yugoslav partisans. He operated a British Royal Navy landing craft on D Day.

At 16, Hackman left home to join the U.S. Marine Corps, where he served four-and-a-half years as a field radio operator. 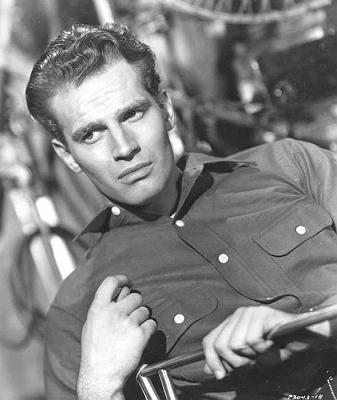 Charlton Heston – Planet of the Apes, The Omega Man

In 1944, Heston enlisted in the United States Army Air Forces (what became the Air Force). He served for two years as a radio operator and aerial gunner aboard a B-25 Mitchell stationed in the Alaskan Aleutian Islands with the Eleventh Air Force. He reached the rank of Staff Sergeant. After his service and rise to fame, Heston was chosen as a narrator for highly classified Military and Department of Energy instructional films, particularly relating to nuclear weapons, and for six years Heston held the nation’s highest security clearance or Q clearance. 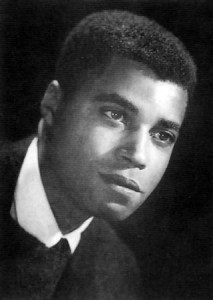 With the war intensifying in Korea, Jones supposed he would be shipped off to the war as soon as he received his officer’s commission. Instead, he went home. As he waited for his orders to active duty, he found a part-time stage crew job at the Ramsdell Theatre in Manistee, Michigan, where he had performed before. By the end of summer 1953, Jones was commissioned as a second lieutenant, and was soon off to Fort Benning to attend Basic Infantry Officers School. While there, Jones went through Ranger School, graduated, and received his Ranger Tab (although he stated during an interview on the BBC’s The One Show screened on November 11, 2009 that he “washed out” of Ranger training). His first duty station was supposed to be at Fort Leonard Wood, Missouri, but his orders changed, and his unit was instead sent to Colorado where the Army planned to establish a cold weather training command at the old Camp Hale near Leadville, Colorado. His regiment was established as a training unit, to train in the bitter cold weather and the rugged terrain of the Rocky Mountains. Jones eventually earned the rank of First Lieutenant. 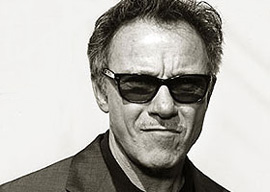 Harvey Keitel – From Dusk Till Dawn

At the age of sixteen, he decided to join the United States Marine Corps, a decision that took him to Lebanon, during Operation Blue Bat. 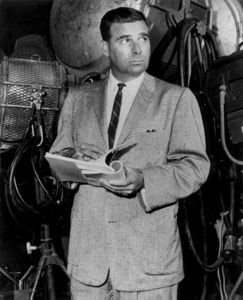 Roddenberry developed an interest in aeronautical engineering and subsequently obtained a pilot’s license. In 1941, he joined the United States Army Air Corps, which in the same year became the United States Army Air Forces. He began training at Goodfellow Field (now Goodfellow Air Force Base) in San Angelo, Texas and graduated training in 1942, Class G. He flew combat missions in the Pacific Theatre with the “Bomber Barons” of the 394th Bomb Squadron, 5th Bombardment Wing of the Thirteenth Air Force and on August 2, 1943, Roddenberry was piloting a B-17E Flying Fortress named the “Yankee Doodle” from Espiritu Santo, New Hebrides when mechanical failure caused it to crash on take-off. In total, he flew eighty-nine missions for which he was awarded the Distinguished Flying Cross and the Air Medal before leaving the Army Air Forces in 1945. 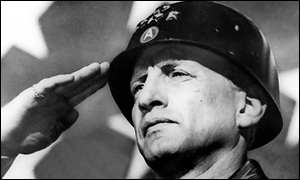 Scott joined the US Marines, serving from 1945 until 1949, and was assigned to the prestigious 8th and I Barracks in Washington, D.C. In that capacity, he served as a guard at Arlington National Cemetery and taught English literature and radio speaking/writing at the Marine Corps Institute. 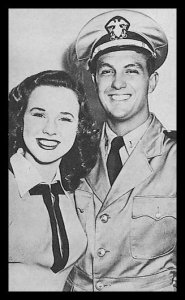 During World War II, Stack served as a gunnery officer and instructor in the United States Navy for more than three years. 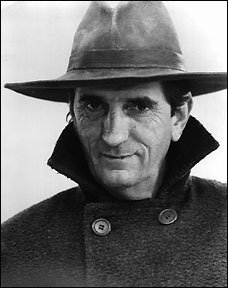 Stanton served in the Navy in World War II and was in the Battle of Okinawa. 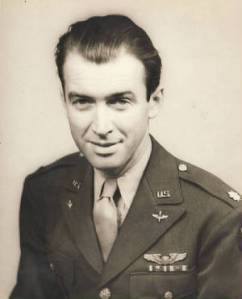 Stewart had a noted military career and was a World War II and Vietnam War veteran, who rose to the rank of Brigadier General in the United States Air Force Reserve. The Stewart family had deep military roots as both grandfathers had fought in the Civil War, and his father had served during both the Spanish-American War and World War I. Stewart considered his father to be the biggest influence on his life, so it was not surprising that, when another war eventually came, he too was eager to serve. Members of his family had previously been in the infantry, but Stewart chose to become a military flyer. in 1940, Stewart was drafted into the United States Army but was rejected for failing to meet height and weight requirements for new recruits—Stewart was five pounds (2.3 kg) under the standard. To get up to 148 pounds, he sought out the help of Metro-Goldwyn-Mayer’s muscle man and trainer Don Loomis, who was noted for his ability to add or subtract pounds in his studio gymnasium. Stewart subsequently attempted to enlist in the Army Air Corps, but still came in under the weight requirement, although he persuaded the AAC enlistment officer to run new tests, this time passing the weigh-in, with the result that Stewart enlisted in the Army in March 1941. He became the first major American movie star to wear a military uniform in World War II. Stewart continued to play a role in the United States Air Force Reserve after the war, achieving the rank of Brigadier General on July 23, 1959. Stewart did not often talk of his wartime service, perhaps due to his desire to be seen as a regular soldier doing his duty instead of as a celebrity. 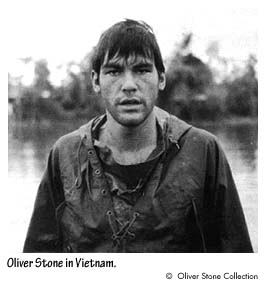 In September 1967, Stone enlisted in the United States Army, requesting combat duty in Vietnam. He fought with the 25th Infantry Division, then with the First Cavalry Division, earning a Bronze Star and a Purple Heart with an Oak Leaf Cluster before his discharge in 1968 after 15 months. 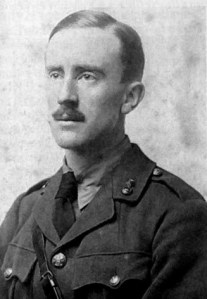 JRR Tolkien – The Hobbit, Lord of the Rings, The Silmarillion

Tolkien joined the British Army in July 1915. He was then commissioned as a Second Lieutenant in the Lancashire Fusiliers. He trained with the 13th (Reserve) Battalion on Cannock Chase, Staffordshire, for eleven months. Tolkien was then transferred to the 11th (Service) Battalion with the British Expeditionary Force, arriving in France on 4 June 1916. Tolkien served as a signals officer at the Somme, participating in the Battle of Thiepval Ridge and the subsequent assault on the Schwaben Redoubt. 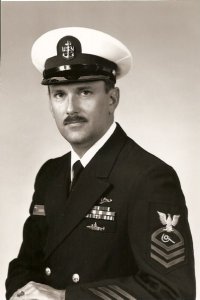 There are a lot of Veterans in my family going all the way back to the Civil War including my Grandfather, my Uncle and my Stepdad but the one who has made the most impact on me is my father.  Quite simply, he is my hero and that gives him celebrity status in my book.  He served during Vietnam and the Gulf War and was gone for large chunks of my childhood.  He always brought back gifts from exotic places that I’ll probably never travel to.  It was hard back then with no email and no skype.  Getting mail to and from a ship in the middle of the ocean means that you experience quite a bit of delay. I will never forget putting stickers on the calendar each day, counting down the days until he came back from Westpac.  My Dad is an incredible man and I’m extremely proud to be his daughter.  Happy Veterans Day Daddy 🙂 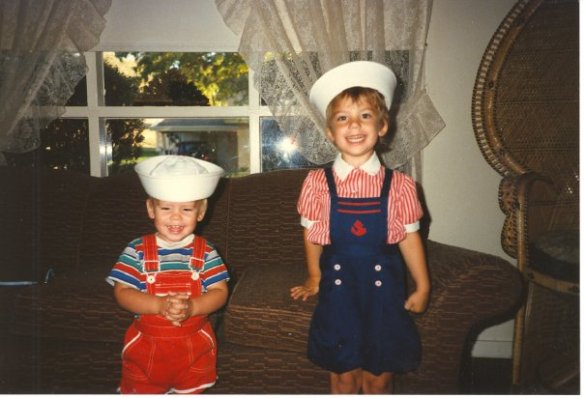 Navy brats at your service!